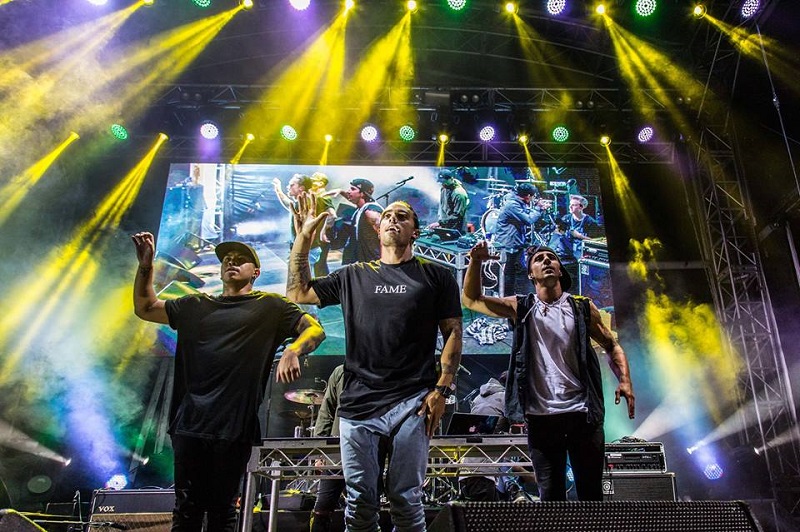 Book a Gold Coast holiday in May with Pacific Views Resort, and you’ll enjoy a fantastic location just minutes away from a number of exciting events set to take place near our family-friendly Main Beach accommodation!

Main Beach offers a key location for live entertainment and events in Surfers Paradise, Southport and Broadbeach – all of which are home to leading venues on the Gold Coast. May 2019 offers a handful of reasons to round up friends and head to the coast, where, set to take place within a short drive from our Gold Coast resort accommodation, there’ll be Surfers Paradise LIVE, the 2019 Heineken Gold Coast Cup and lots more.

At Pacific Views Resort, we offer One, Two and Three Bedroom Ocean View Apartments next to Main Beach with modern holiday amenities and fantastic views facing the ocean. We also have a superb range of onsite facilities – perfect on days when you just want to unwind.

Book with us for May, and you’ll be ready for these unmissable Gold Coast events!

One of the Gold Coast’s big annual music festivals, Surfers Paradise LIVE returns year after year with an incredible atmosphere and crowd that sees some of Australia’s hottest artists perform on multiple stages set up around Surfers Paradise.

For 2019, Surfers Paradise LIVE will return bigger and better with a brand new lineup boasting The Screaming Jets, Chocolate Starfish, Boom Crash Opera, Thirsty Merc, Daryl Braithwaite, Hoodoo Gurus, The Living End, Reece Mastin, Peach Fur, San Mei and more. The lineup will be spread out over four days beginning with the Gold Coast Music Awards, which will host its fifth annual event in 2019 to acknowledge and present a multitude of awards to local talent on the Gold Coast.

There isn’t a better time to be on the Gold Coast than when Surfers Paradise LIVE lands for four days and four nights this May. Don’t miss it near Pacific Views from May 2 to May 5.

Enjoy a day at the races in May with the 2019 Heineken Gold Coast Cup!

Coming to the Aquis Gold Coast Turf Club near Surfers Paradise, this unmissable race day event will kick off the 2019 Queensland Winter Racing Carnival – one of the biggest annual horse racing events in Australia. Spectators and pundits can expect a busy atmosphere and a thrilling lineup of races, which, this year, arrives with an enticing $1.4 million dollars in winners’ prize money.

The 2019 Heineken Gold Coast Cup is all set to rope in horse racing enthusiasts from all over the country, who will get to enjoy the brand new Heineken Lawn Party along with a number of tempting race day packages in the Turf Club’s luxury trackside restaurants. Dress your best and get set for a full day of champagne and world-class horse racing.

The Aquis Gold Coast Turf Club can be reached within a 15-minute drive from our Main Beach Gold Coast apartments – attend this year’s Heineken Gold Coast Cup on May 4.

For those who can’t make it to Melbourne, the Melbourne International Comedy Festival Roadshow gathers up the best acts and sends them to a venue near you. This May, it’ll be stopping at Home of the Arts in Surfers Paradise for one night only, and for those looking to enjoy an evening of nonstop laughs, it’s one comedy spectacular that’s not to be missed.

Catch the Melbourne International Comedy Festival Roadshow at HOTA on May 9.

Platinum-selling hard-rock band Baby Animals are back and louder than ever for their brand new Greatest Hits Tour 2019.

Formed in Sydney in 1989, Baby Animals have enjoyed a highly successful 30-year run despite disbanding from 1996 to 2007. Their debut 1991 album, Baby Animals, reached the number-one spot in the ARIA Albums Chart and went 8x Platinum, and was soon followed by 1993’s Shaved and Dangerous. After a seven-year hiatus, their comeback album, Il Grande Silenzio, was released in 2008 much to the delight of fans across the country, and in 2013, This Is not the End, their fourth album to date, made it to the 19 in the ARIA Albums Chart.

Amongst their many hits, Baby Animals are best-known for “Early Warning”, “Rush You”, “Painless”, “One Word”, “Don’t Tell Me What to Do” and “Tonight”. They’re also known for their enthusiastic live performances, led by Aussie rock royalty Suze DeMarchi.

Baby Animals’ 2019 Greatest Hits Tour arrives hand-in-hand with their 30th anniversary, and for fans that have followed them over the decades, it’s a tour that’s all set to take the country by storm. You can see them perform live at the Gold Coast’s RSL Club in Southport – just a 5-minute drive from Pacific Views Resort – on May 31.

Pacific Views Resort puts you at the heart of the Gold Coast with a sought-after location just on Main Beach – a breathtaking tourist beach with unbeatable views towards Surfers Paradise.

Our Main Beach Gold Coast apartments offer one, two and three bedroom options – all with spectacular views over the ocean and exclusive access to our wide range of onsite resort facilities.

You can view our prices and directly with us today by just clicking on our Main Beach accommodation.